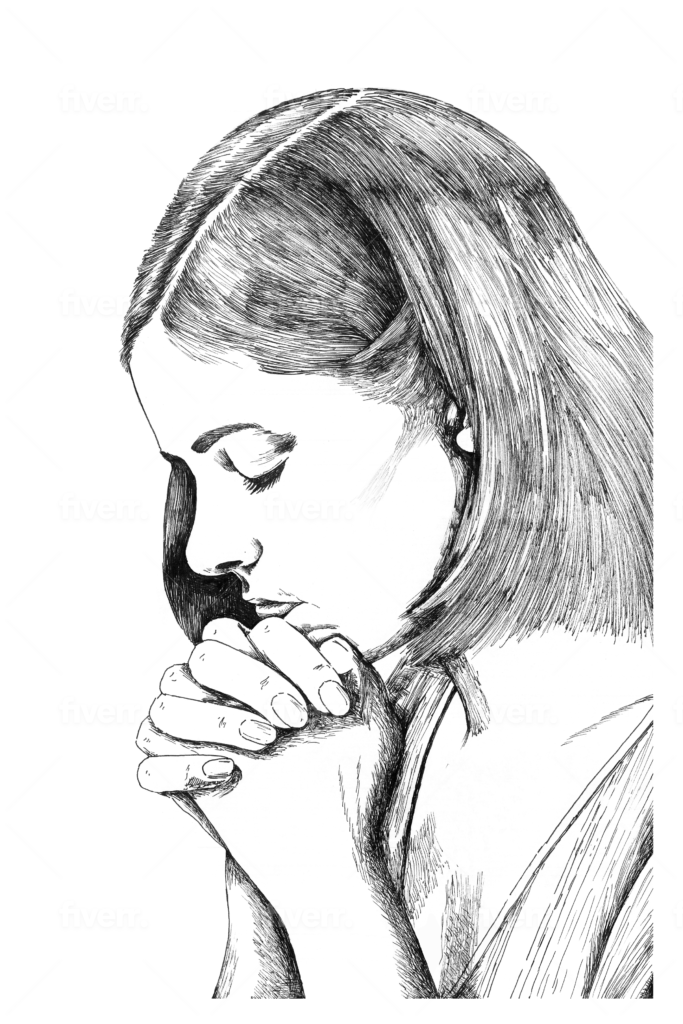 “My Creator, I am now willing that you should have all of me, good and bad. I pray that you now remove from me every single defect of character which stands in the way of my usefulness to you and my fellows. Grant me strength, as I go out from here, to do your bidding. Amen.” -The Seventh Step Prayer

Many people know the 7th step prayer from AA groups or perhaps another support group.  However, it’s a prayer that is applicable to everybody!

I’ve prayed that 7th step prayer more times than I can count, as all of us have, who’ve worked the 12 steps with our hearts wrung out and hands opened wide. While it can be hard to surrender all to our creator, I’ve come to see it as the single most empowering thing I can do every day. What better way to get ready for the day than to release yourself from the stress of control by giving that control away to the one who knows best?

Not everyone who’s worked the steps knows this, but Bill Wilson, who founded AA, was a Christian. It’s no wonder, of course, that the seventh step prayer models part of The Lord’s Prayer. When Jesus taught his disciples to pray, he taught them how to submit to the will of God. In Matthew 6:9-10 it says:

‘Our Father in heaven,

hallowed be your name.

your will be done,

on earth as it is in heaven.”

It may sound crazy to think of Jesus, the very son of God, submitting to the Father. But if even he submits, then we should do it too!

Those who’ve been working the steps for a while know that the seventh step isn’t something that’s done once but continuously throughout life. It’s how I start every day! While it’s come to be something normal, I’ll never forget how hard it was the first time I worked Step 7.

Surrendering to God for God

When I was working through Step 7, surrender was something that sounded fine in theory, but it was a little trickier in practice. While, on the one hand, I knew that God’s way was higher than mine and that His plans were better, I was dreading what surrender meant.

In my brokenness, I hurt my aunt with my words and actions. I knew it was my fault and that I needed to apologize to her (and Step 8 was just around the corner), but she was never the easiest person to be vulnerable with. The truth was, I was terrified that if I apologized to her and tried to make amends, she would rub it in my face and make me feel worse than I already did.

But I was reminded through the 7th Step Prayer that I was surrendering to God for God, not for me, not even my aunt. I surrendered to God simply because it was the right thing to do.

Fortunately, those of us who are surrendering to God and then trying to make amends are not alone. We’re in excellent company. Even the great King David messed up and needed to ask for forgiveness. He surrendered his broken heart to the Lord and asked for mercy more times than he could count.

David was chased and hunted by the wicked King Saul in his youth, and God always protected him. David loved God and was known as a man after God’s own heart.

But he wasn’t just in it for the blessings God could give (even though there were many). He wanted to do God’s will. He wanted… God! In Psalm 40:8, David said:

“I desire to do your will, my God;

your law is within my heart.”

His blessings inevitably follow when we seek God for God, but the key is to seek God, not his gifts. And yet, God did bless David.

Yet, later when he became king, he messed up big time. He took Bathsheba even though she was married to a man named Uriah, one of his loyal soldiers. When he got Bathsheba pregnant, David couldn’t figure out how to cover it up, so he sent Uriah to the front lines, where he was sure to be killed.

David thought he was in the clear and had gotten away with it until the prophet Nathan confronted him. When David saw what he did, he was broken. He confessed what he did, and guess what? The Lord forgave him. God was good not because David deserved it but because he loved David.

To say I was nervous when I called my aunt would be a tremendous understatement. On the contrary, I felt like I was certain to be condemned. I wanted to back out of Step 8 and duck out of the amends process… but I couldn’t.

I had surrendered to the will of God for God, and I knew that his will mattered more than my fear. So I went to make amends with zero expectations other than being obedient to God.

When I went to see my aunt, the craziest thing happened. My aunt was… kind to me, maybe for the first time! Perhaps it was because of my vulnerability, or maybe it was just the work of the Spirit of God, but somehow we made amends – Not just polite apologies, but real amends!

Not only did she forgive me, but I saw a side of her that I’d never seen before. My aunt and I grew closer that day.

I had to be living and surrendered to God to be able to have that conversation, and I’m so grateful that I did! I may have gone there for God, but he blessed me far beyond what I could have imagined.

Maybe you’re here today because you need to work the seventh step, but you’ve found it more challenging than you realized. Take heart, friend. Our creator is fully capable of handling our brokenness and bringing about perfect peace.

In fact, God’s son made amends on our behalf when he died on the cross. When you feel weighed down in your brokenness, know that Jesus has already made the greatest amends of all, not because he had done anything wrong, but because God loves us.

We can surrender to Him and know that we are safe in his love. After all, who better to surrender to than the very one who has made amends for us?

Wherever you’re at on your journey, know that you’re not alone. Many others are working on the seventh step and learning the beauty of surrender. If you’re looking for an AA group near you, you can visit https://www.aa.org/find-aa to find the group nearest you.

We use cookies on our website to give you the most relevant experience by remembering your preferences and repeat visits. By clicking “Accept”, you consent to the use of ALL the cookies.
Cookie settingsACCEPT
Manage consent

This website uses cookies to improve your experience while you navigate through the website. Out of these, the cookies that are categorized as necessary are stored on your browser as they are essential for the working of basic functionalities of the website. We also use third-party cookies that help us analyze and understand how you use this website. These cookies will be stored in your browser only with your consent. You also have the option to opt-out of these cookies. But opting out of some of these cookies may affect your browsing experience.
Necessary Always Enabled
Necessary cookies are absolutely essential for the website to function properly. This category only includes cookies that ensures basic functionalities and security features of the website. These cookies do not store any personal information.
Non-necessary
Any cookies that may not be particularly necessary for the website to function and is used specifically to collect user personal data via analytics, ads, other embedded contents are termed as non-necessary cookies. It is mandatory to procure user consent prior to running these cookies on your website.
SAVE & ACCEPT